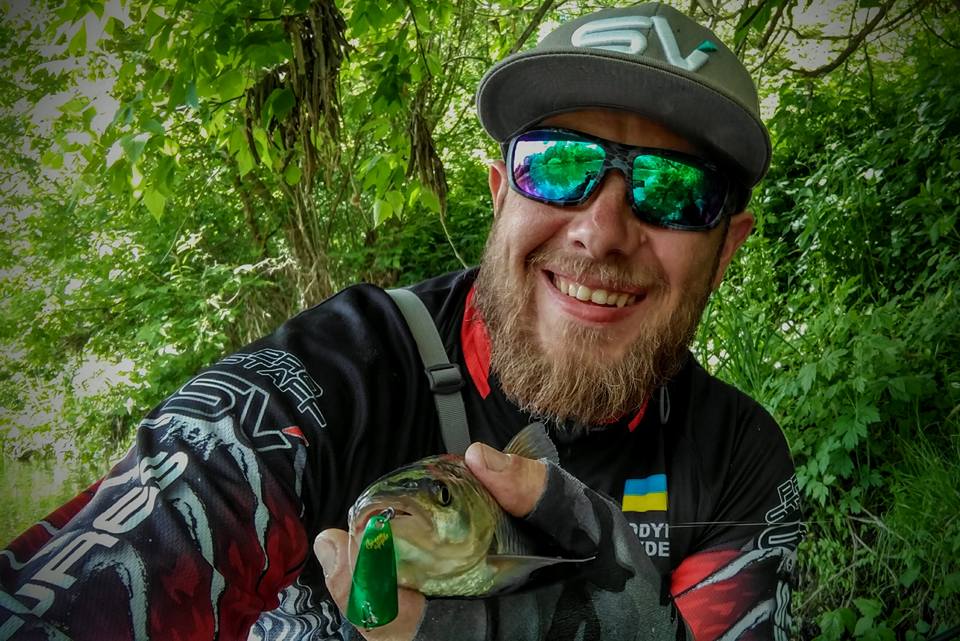 On the following day, we decided to come to the river in the very morning. We set the alarm clock at 4 a.m., packed things, had a light breakfast and started out, but…

…here we had a little problem, as I remembered the direction but not location details or references))) The fact was that Yuriy had been telling interesting and exciting stories the whole time we were driving to the river, so that I didn’t even keep an eye on the route, and the time flew by much faster as we talked). Hence, after about 20 minutes of driving, we started to have some doubts, but they dispelled as soon as we saw a filling station, where we had a coffee the day before. Hurrah! We were on the right track!) A few more turns, and we reached the river!!!

In the morning time, the river was even more beautiful. A haze above the water surface, the trill of nightingales and the sound of riffles. It was so tempting to make the first castings and feel a hooked-up chub, but… It was a shooting day, and we had to simply talk to the camera while changing locations, and I had to work as a camera man that day (((.

We had suffered for four hours with short breaks, during which I managed to make a few castings under bushes in a counter flow. I did not change the tactics: catching chub three times and replacing a colour. 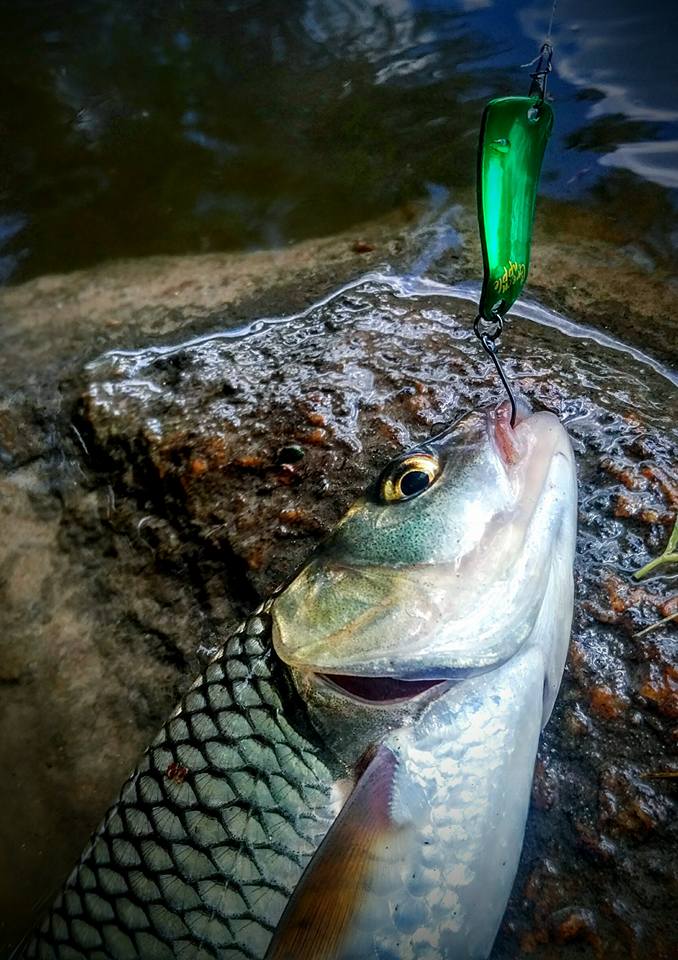 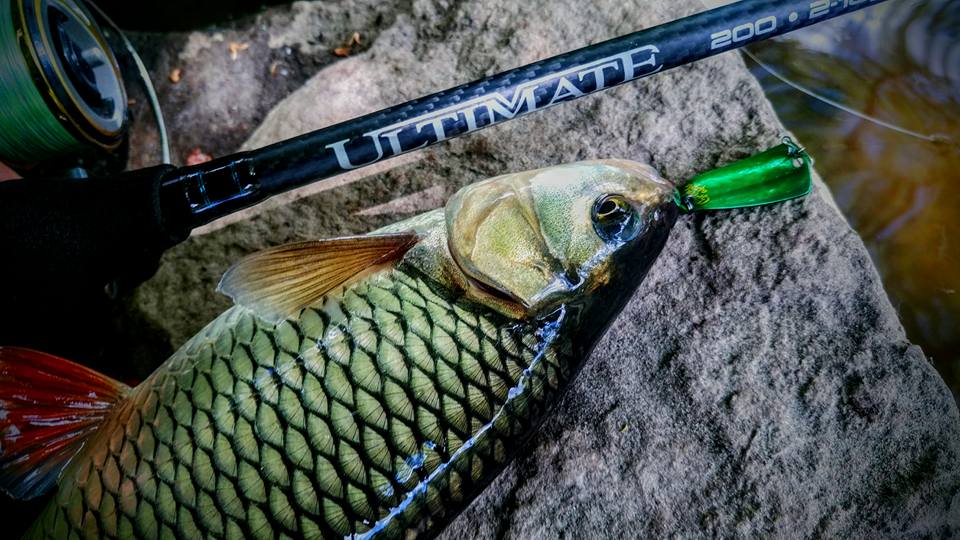 At the next shooting location, Taras lost his nerve too)) We decided to be done with filming and go angling for fun for a few hours. The fun was not long in coming: during the first castings, we already got bites and, most importantly, the size of chub was 600+… 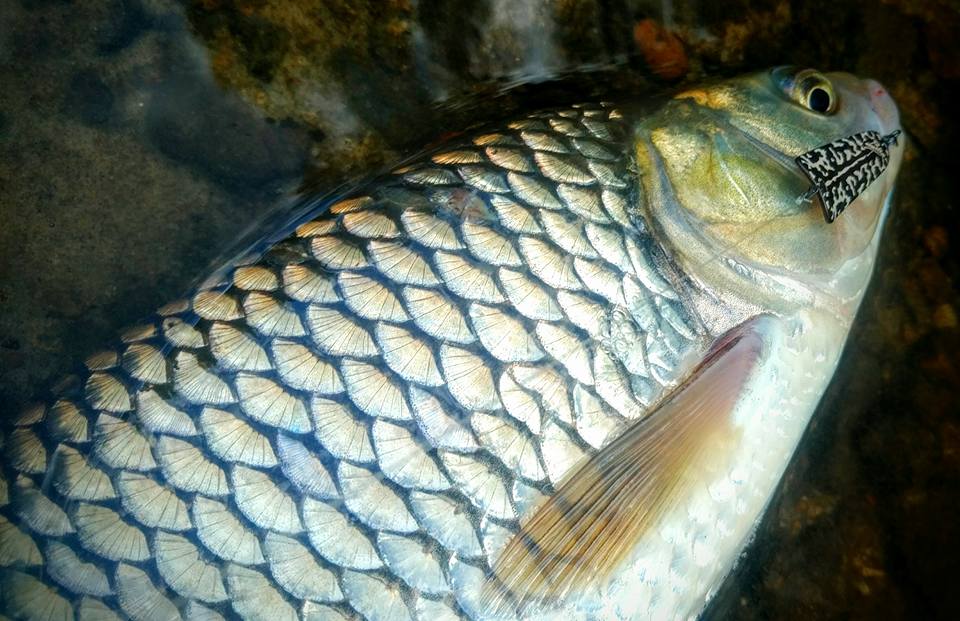 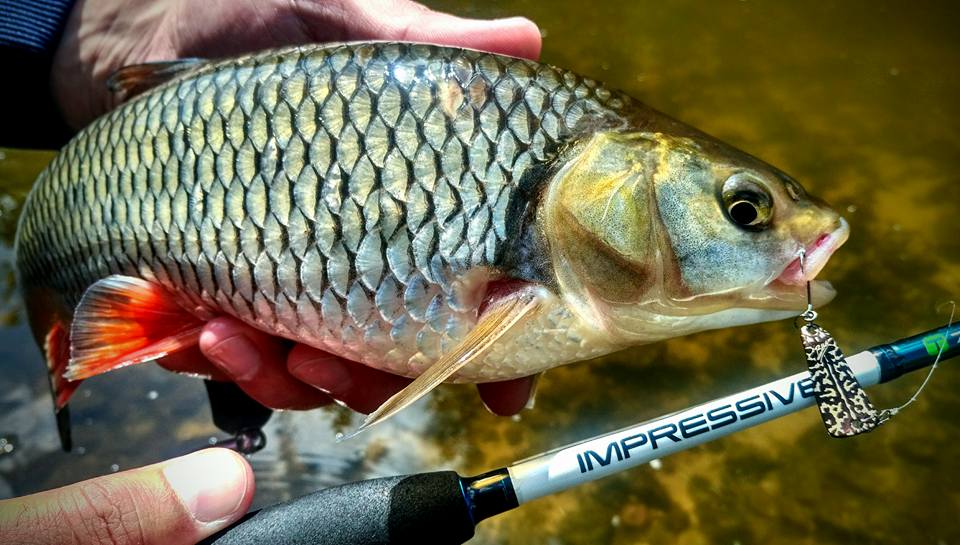 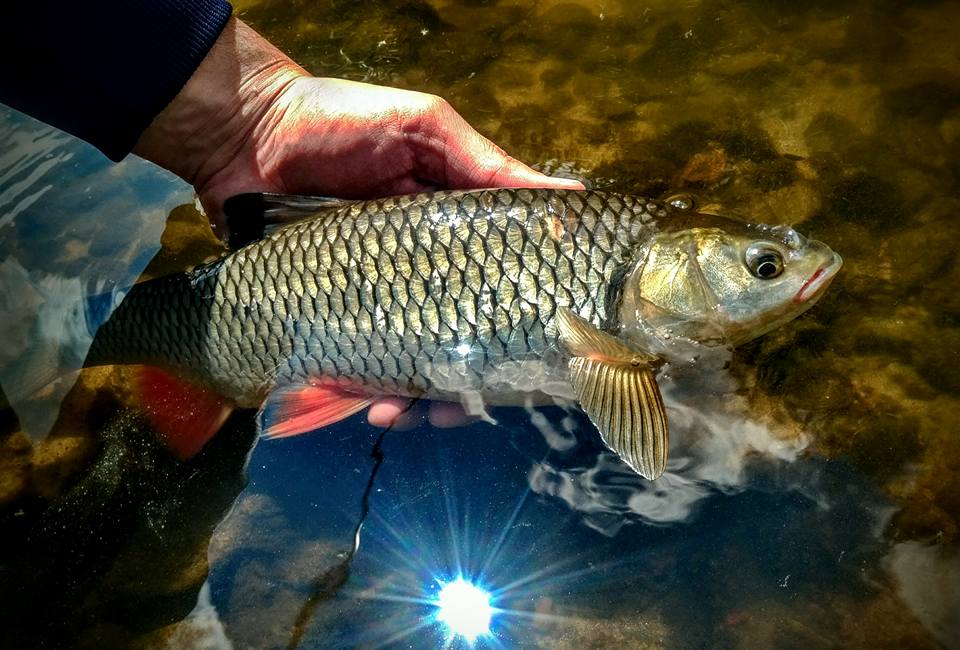 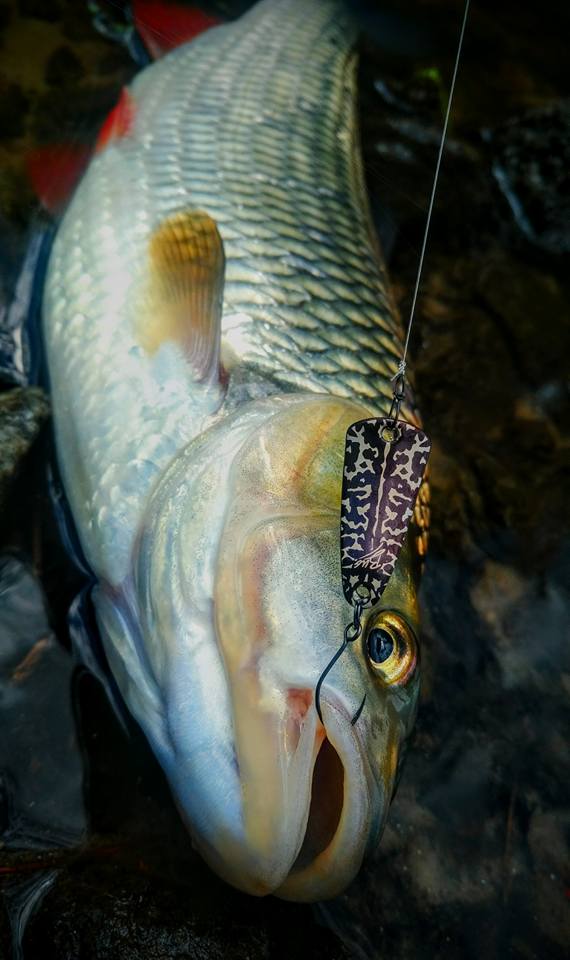 I can say that these two fishing days were completely different. On the second day, the water level dropped by about a meter. The areas that we used to pass with waders on the day before let us walk barefoot with trousers rolled-up on the following day. Most water areas turned into spits, which enabled us to make our way to locations that I could not even dream about the day before. With the polarized glasses on, we could see all the promising areas, and everything was readable like an alphabet book written in capital letters!))) 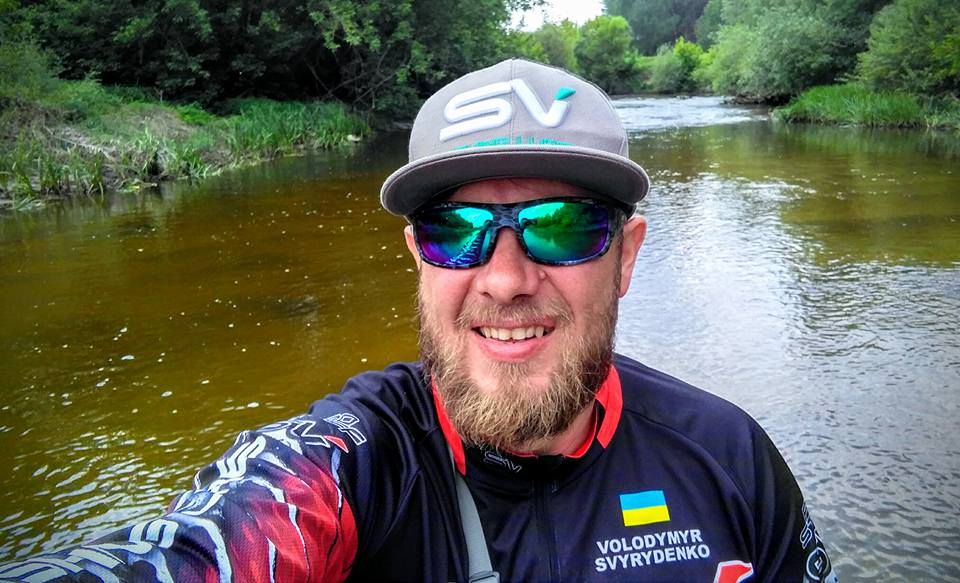 Hence, we added some extreme activities on our own, racing against each other at a ‘slow’ pace to reach new promising areas and pretending that we were not in a hurry)))

If we managed to make an accurate casting at the first attempt, the reward came quickly, and sometimes we even got doublets!!! 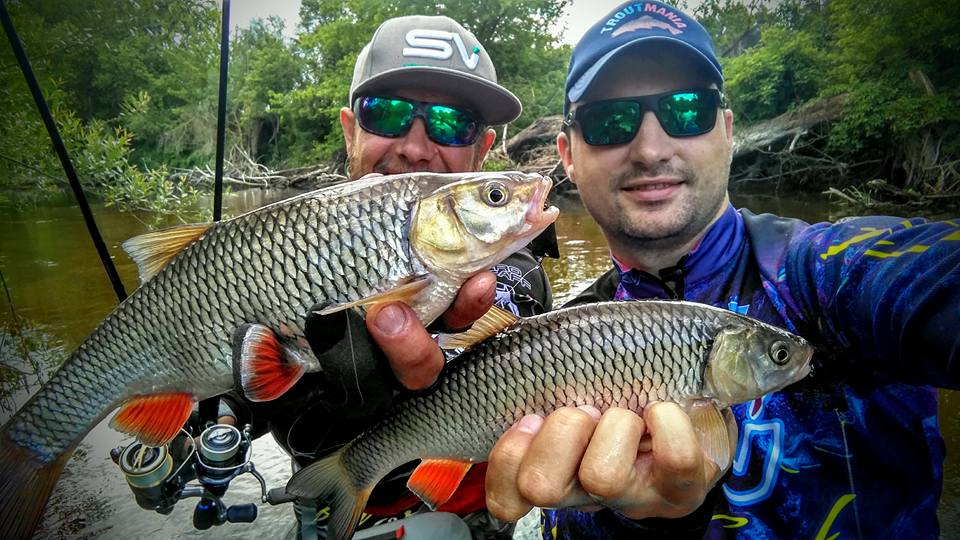 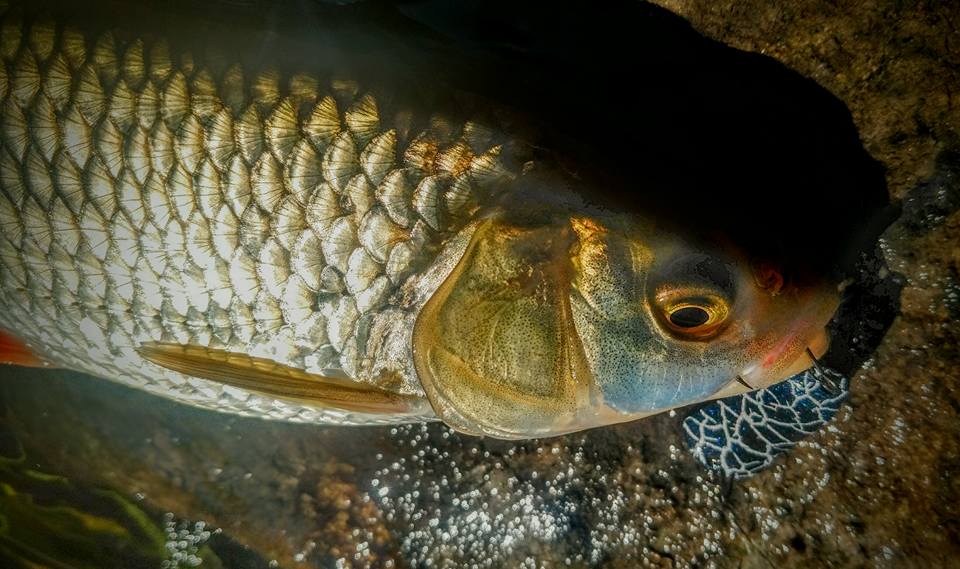 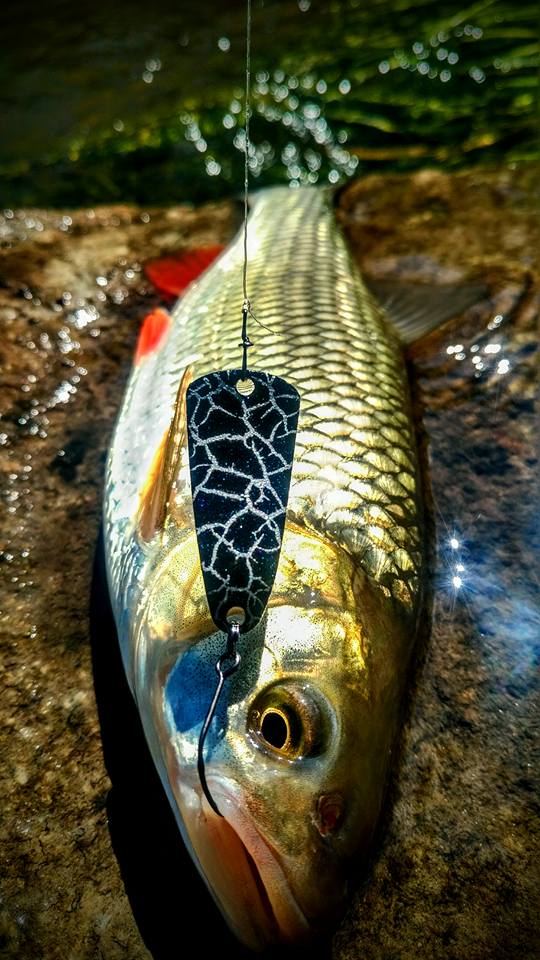 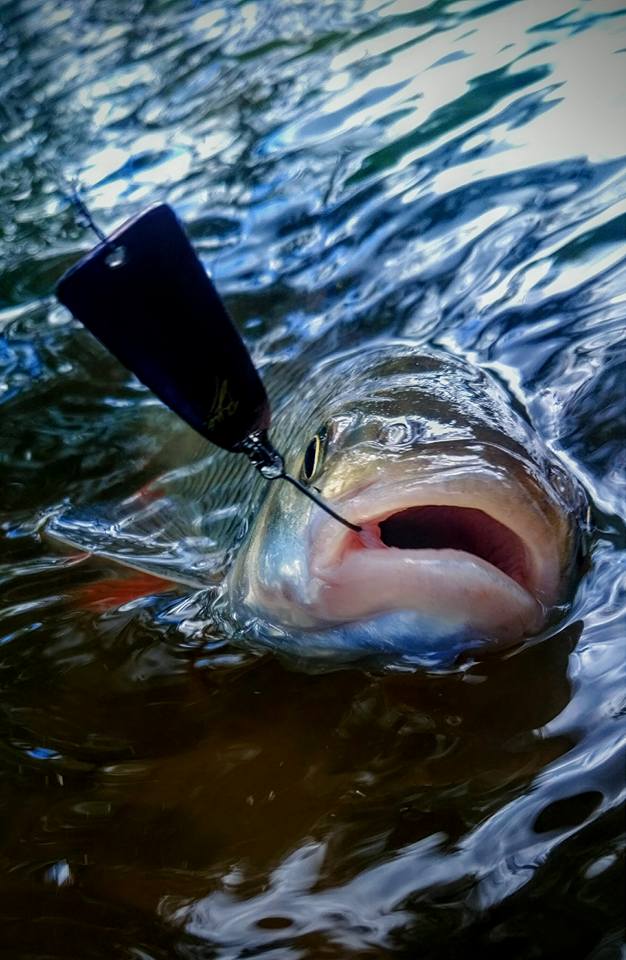 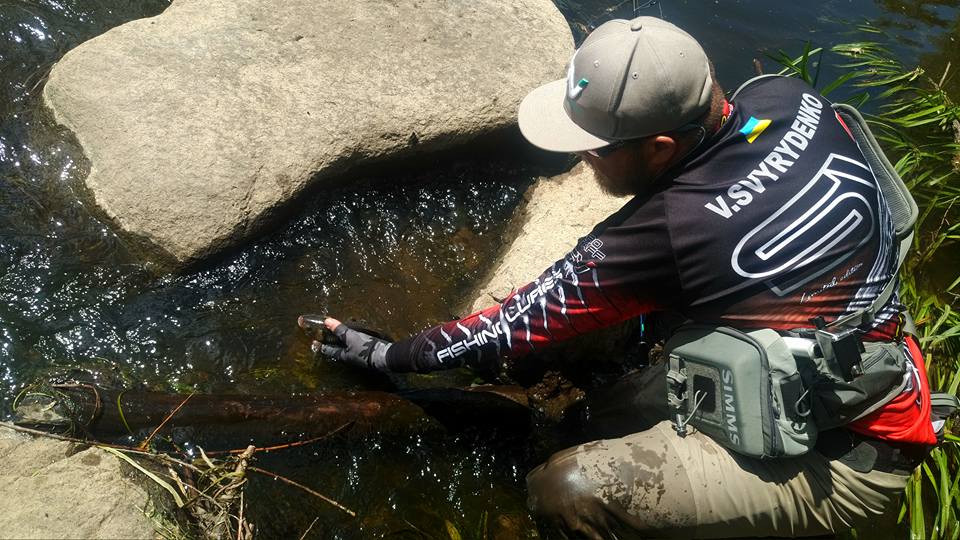 After an hour of such competition, all the promising areas were fished out; only small chub and dace were biting in the shallow water. 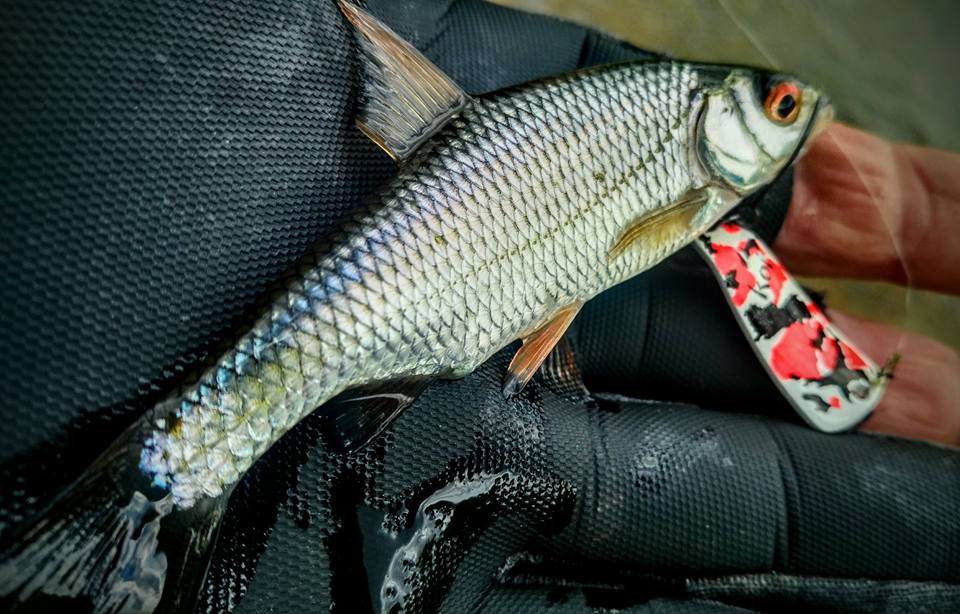 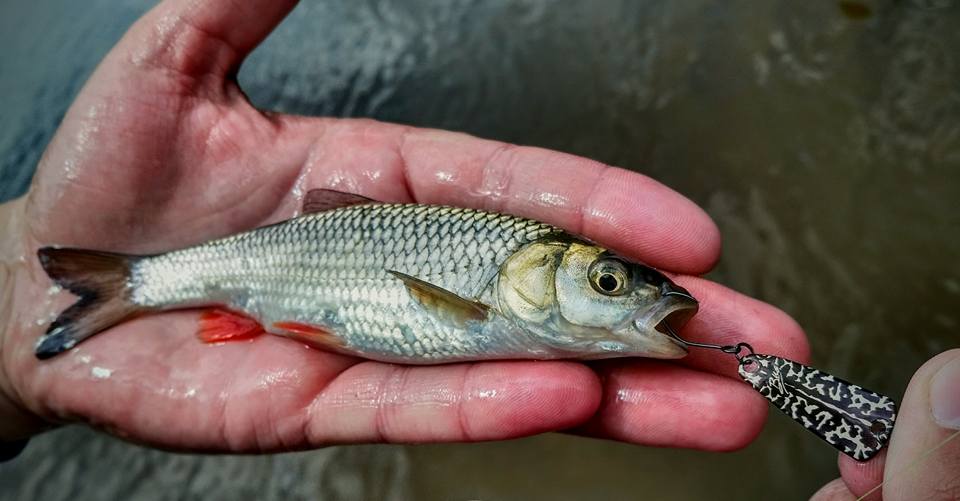 That prompted us to think that it was time to thank this awesome river and finish angling.
It is necessary to leave something unexplored that will make you want to come back again to these beautiful places!!!