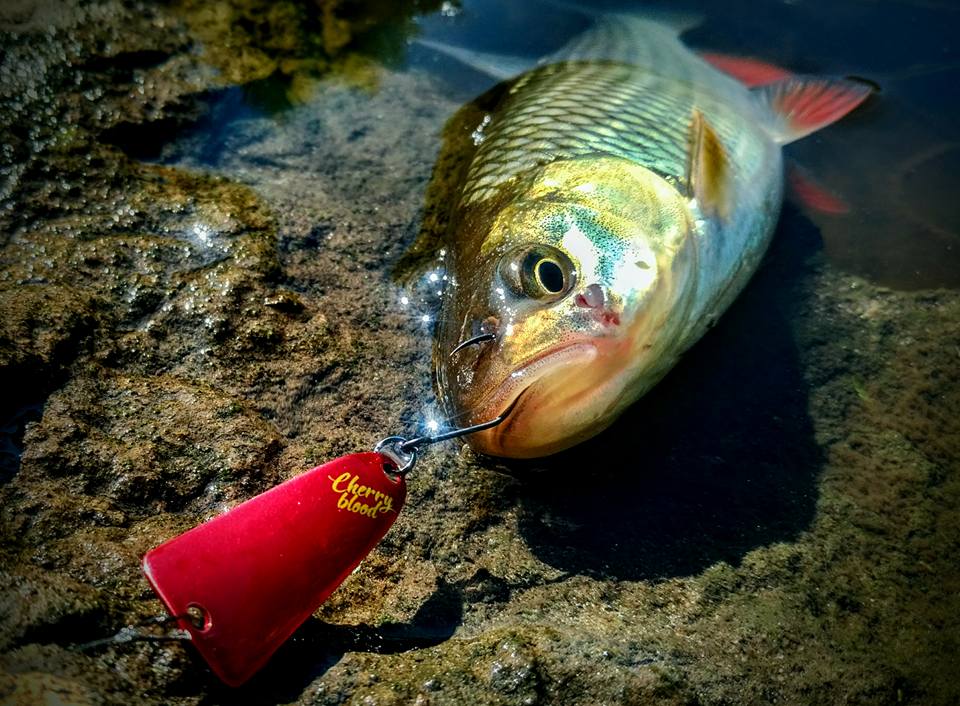 Sometimes spontaneity is the best strategy for success! And that’s how it happened this time too! Although I was planning a fishing trip, it was supposed to be completely different, within different water bodies. Hence, I will not describe in detail the plans that did not become reality but tell you about a trip to the Teteriv River. The decision to visit Zhytomyr Region came by itself, as our friend and a dedicated angler, Yuriy Vozniuk, had been inviting us for a long time, and a personal meeting, even for one day, would never be replaced by social media communications. Therefore, we did not hesitate long and were already driving towards Zhytomyr early in the morning!

Zhytomyr welcomed us with lots of traffic lights, of course with a glowing red signal light, and all the attempts to break this ‘vicious’ circle – start… acceleration… red light… – were unsuccessful, but, after it happened for the tenth time, I started to get used to such an amoebic movement)).

The decision to stay in a hotel rather than to live in tents, as it often happens, was dictated by several factors, such as the proximity of the river itself, the ability to recharge photography and video equipment, as well as the need for a good rest!

And here it was, the long-awaited morning!!! The morning of meetings, hopes and expectations! As chub is not an early fish, we decided to meet at about 8 a.m. and pick up our guide and simply a good and cheerful friend, Yuriy. The 30-minute driving time flew by as we talked to each other, and here we reached our destination. The river and nature that came into view exceeded all the expectations, which were lingering in my mind the day before. I wish I’d be as lucky as local residents, living close to this beauty, but I realize that a person gets used to it sooner or later and ceases to notice any beauty. 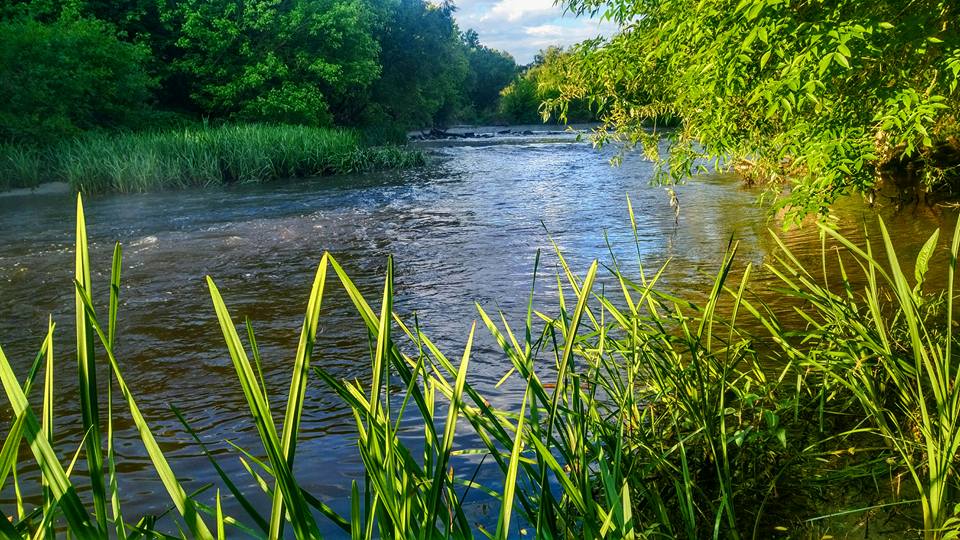 I believe fishing on small rivers is one of the most spectacular and interesting, as I do not feel such unity with nature in any other place! 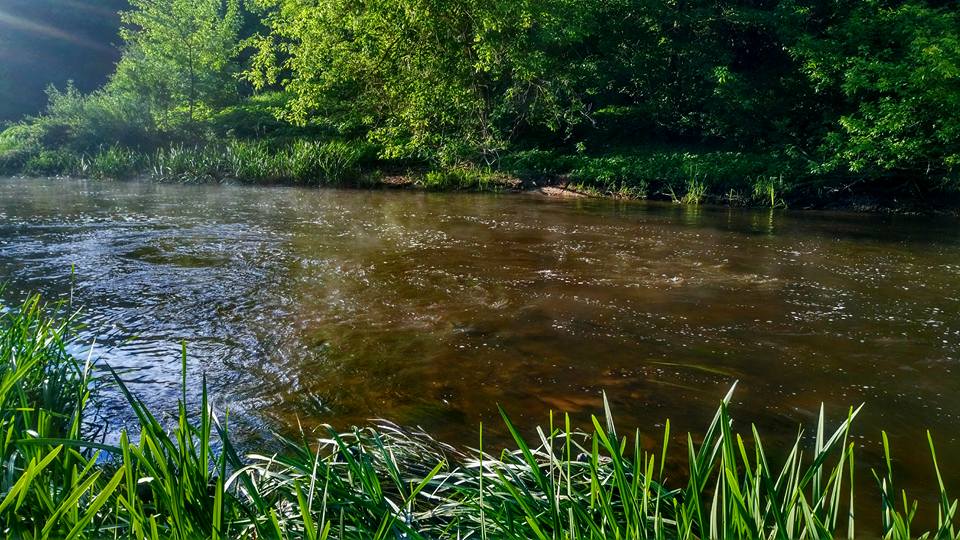 Beautiful nature, the sound of riffles, the chant of birds, the chirping of grasshoppers, the absence of mobile network and, most importantly, angling itself! 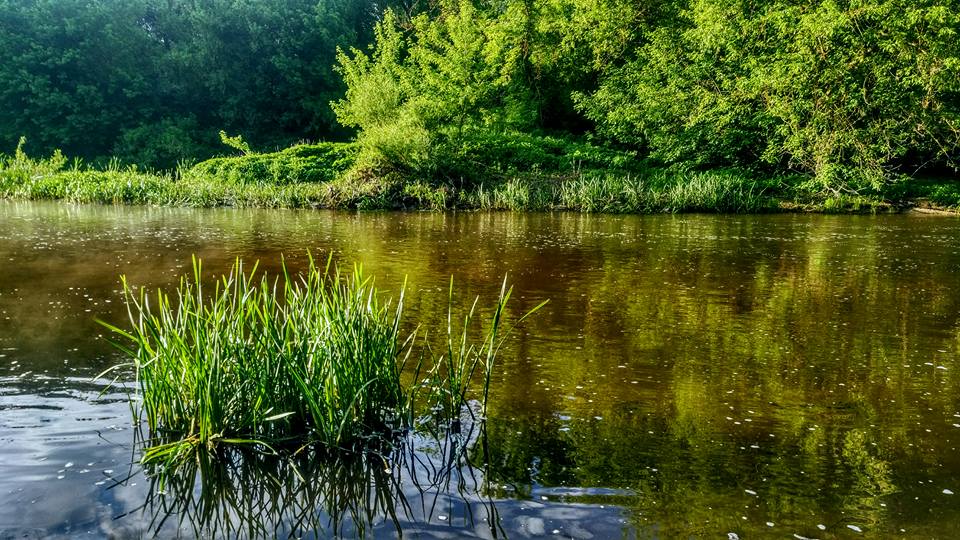 When you do not just walk along the bank but wade through the river itself, looking for promising places and crossing the riffles and the bustling river currents, come out on spits to a longed-for bush with a counter flow, where the biting of flathead asp awaits you. 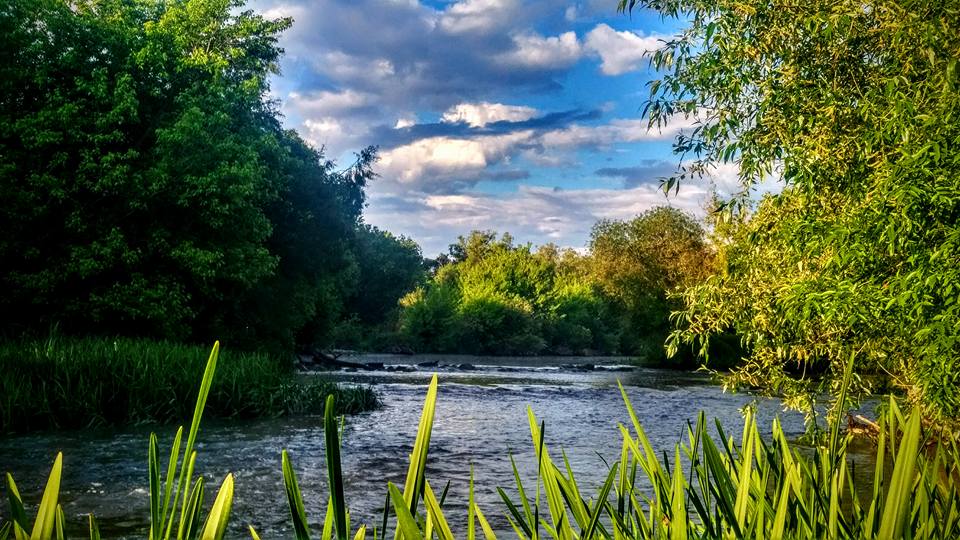 I paid no attention to Yuriy’s instructions about some tactics, strategies and angling peculiarities related to this river. It is just because I enjoy reading the river, like a book, on my own rather than listening to narration with other people’s emotions and images. Moreover, I was lucky that day, because I did not participate in filming and could fish at my leisure, while staying alone with myself and nature. 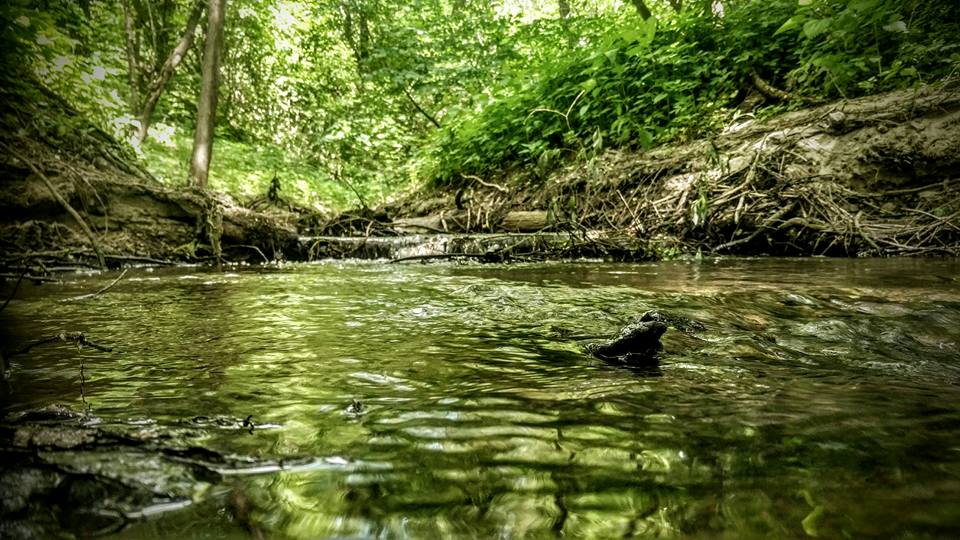 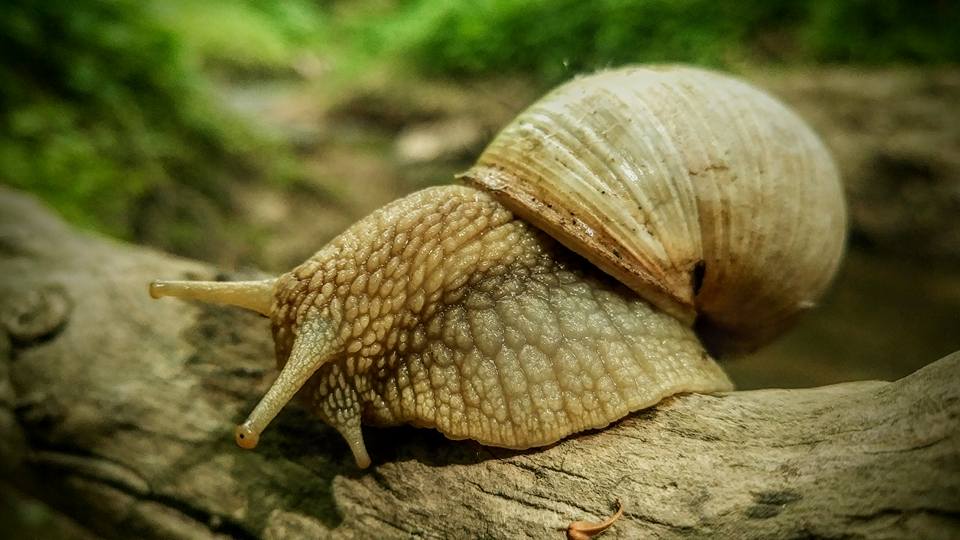 Back at the hotel I decided to angle with two Iris lures, as I really wanted to know how this wide lure acted on stream, in a counter flow, whether it was convenient for upstream fishing or not. And the other model was an experienced ‘fighter’, Individ, just in case something went wrong. I chose the size, weight and colour variations on the spot. These were the new colours of Native series, offered by our company SV Fishing Lures, which were designed mainly for chub fishing and proved themselves, as well as Frog and Koi series.

Here they are, the first castings and the first fish contacts. I realized that the opponent was not a big one but let the spoon lose action and got the first ‘biter’ for a photo session!

I caught two more fellows of the same age and size from under the same rocks. 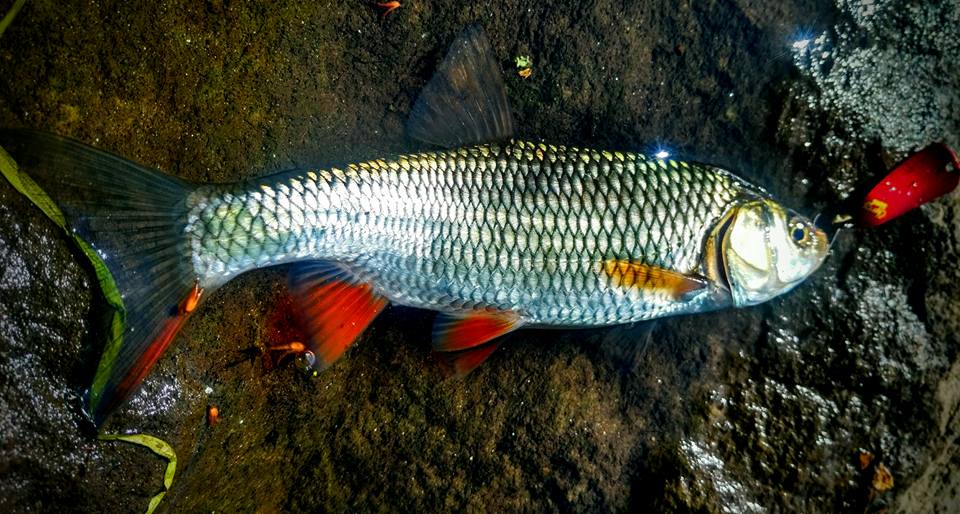 Prior to angling, I decided for myself that I would not catch more than three fish with a spoon of one colour and, after changing the colour, I would use it until I catch the next three fish. 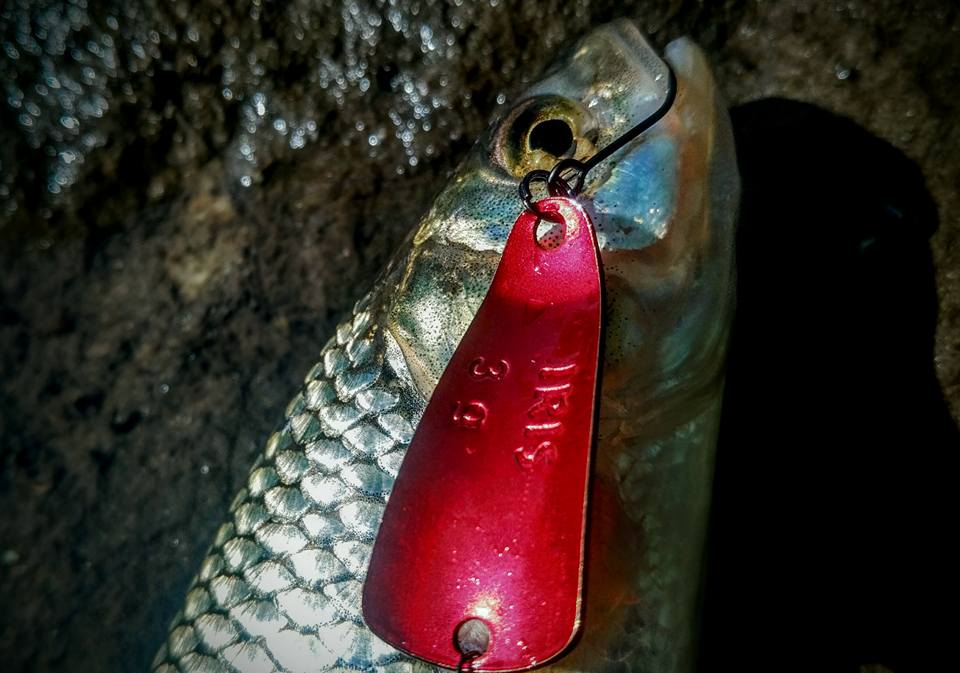 Such tactics added game extreme to my fishing and made me think and evaluate the decision based on lighting at that time and a fishing location. And that exactly how it happened, which definitely added drive and good vibes on that day.

Continuation of the article about chub fishing read here