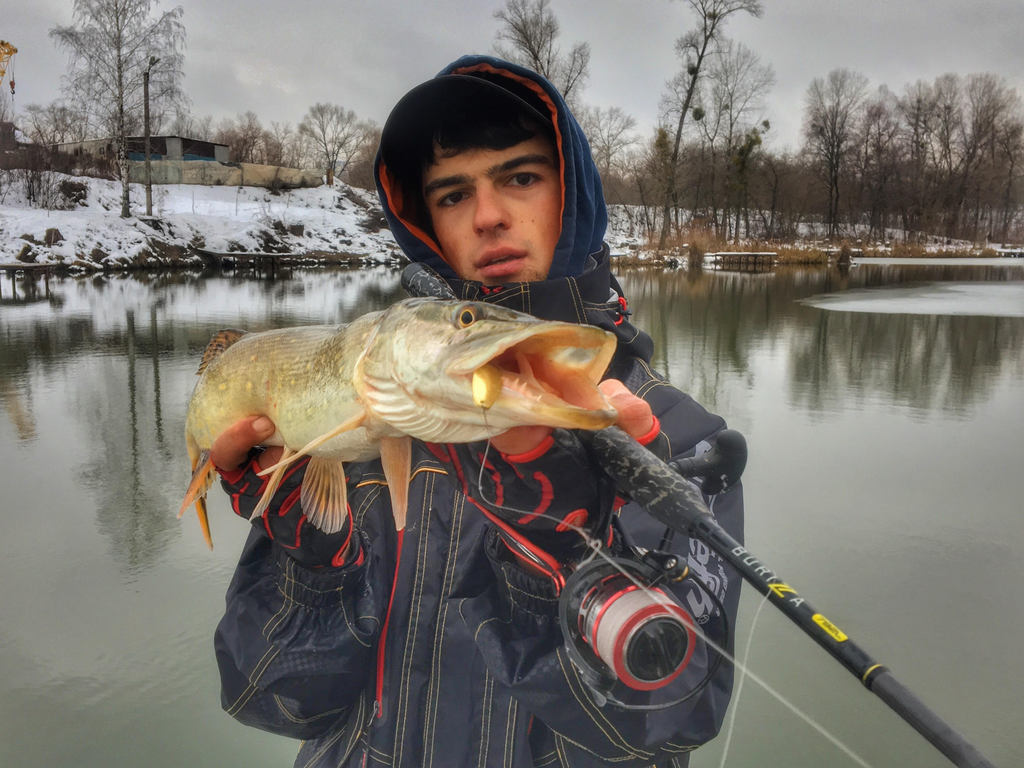 For a long time I have tried to move away from spoon lures, as I considered them to be a relic of the past. However, the more I experimented with lures and their types, the more I became convinced that sometimes it is impossible to replace a correct piece of metal. There were some very interesting cases that I will try to explain clearly and in detail. Perhaps, you know similar places and will successfully use my observations during pike spoon fishing.

There are two basic nuances. The first one allows you to feel the advantage of a good spoon lure in warm weather, when the vegetation densely rises and trails under the water surface. Sometimes in such cases, there are 20-40 centimeters of pure water, which requires you to select the shape and weight of the spoon lure, as well as its presentation speed. If the vegetation is too prominent under the water surface, the best option will be SV Fishing Panic, weighing up to 7 grams. Personally, I chose metallic colours. This lure is well controlled by a spinning rod and, thus, the tilt of the fishing rod can be used to fix a required level and play on the nerves of a hidden pike. A huge advantage is also the fact that it is equipped with a single hook. It does not affect striking, but snag hazards reduce by many times. It is very difficult to collect grass with a single hook and, thus, most presentations will be safe. 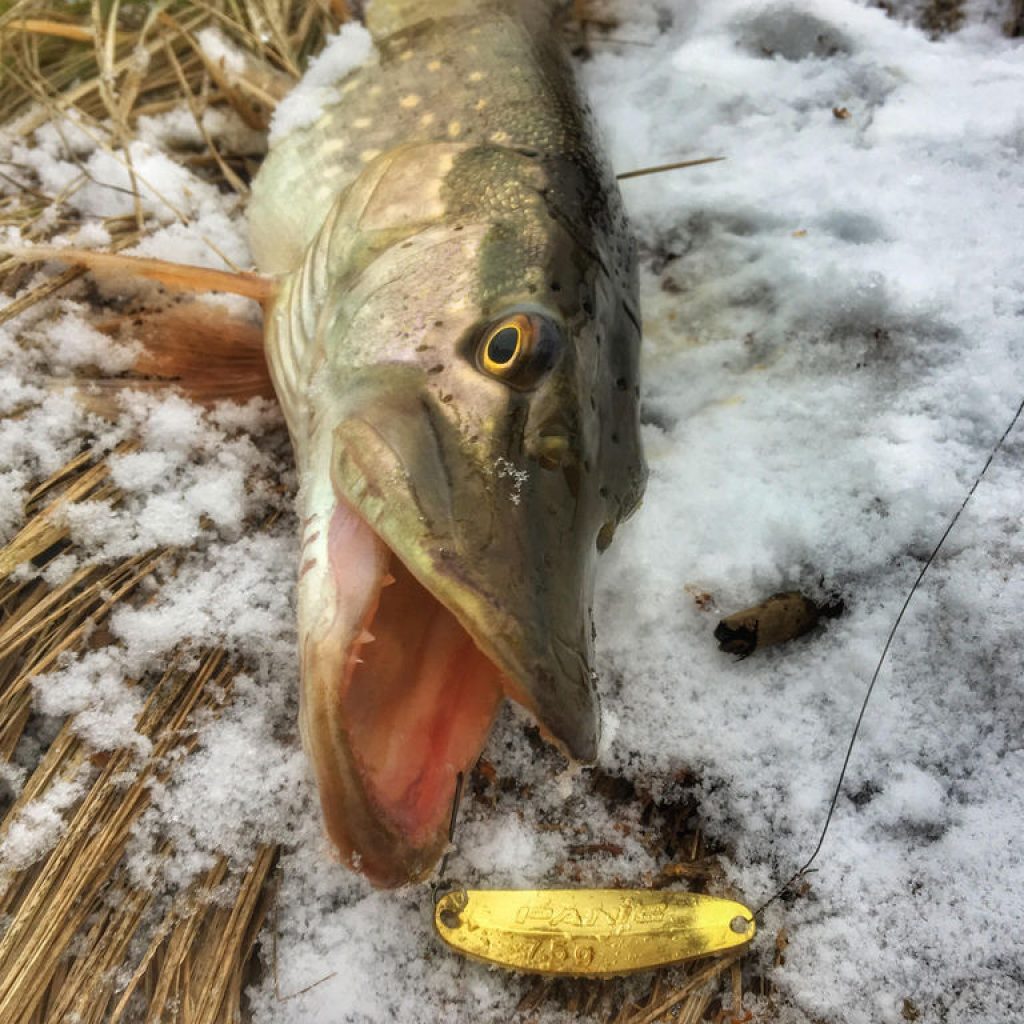 In autumn, when the grass begins to go down, pike stand in shallow water. During this time, the predatory fish are aggressive enough. Hence, the angler’s main task is to put a treat in front of their snouts. No one will argue that a spoon is the most long-casting lure, which can be used to fish out the upper levels of the underwater kingdom. Thus, we make one presentation to fish out the distance that would require two-three castings if we used a wobbler. The wide area covered by the spoon lure allows us to fish out a promising place as much as possible. Not just prolate shapes but also omnipresent crucian carp imitations, such as Koketka and Individ models, are relevant here. The wide low-amplitude and powerful action is perceived by pike as a behaviour of a more weighty prey that cannot be missed out during intensive feeding in autumn. It is also worth noting that there no presentation requirements; pike will be completely satisfied with even presentation. 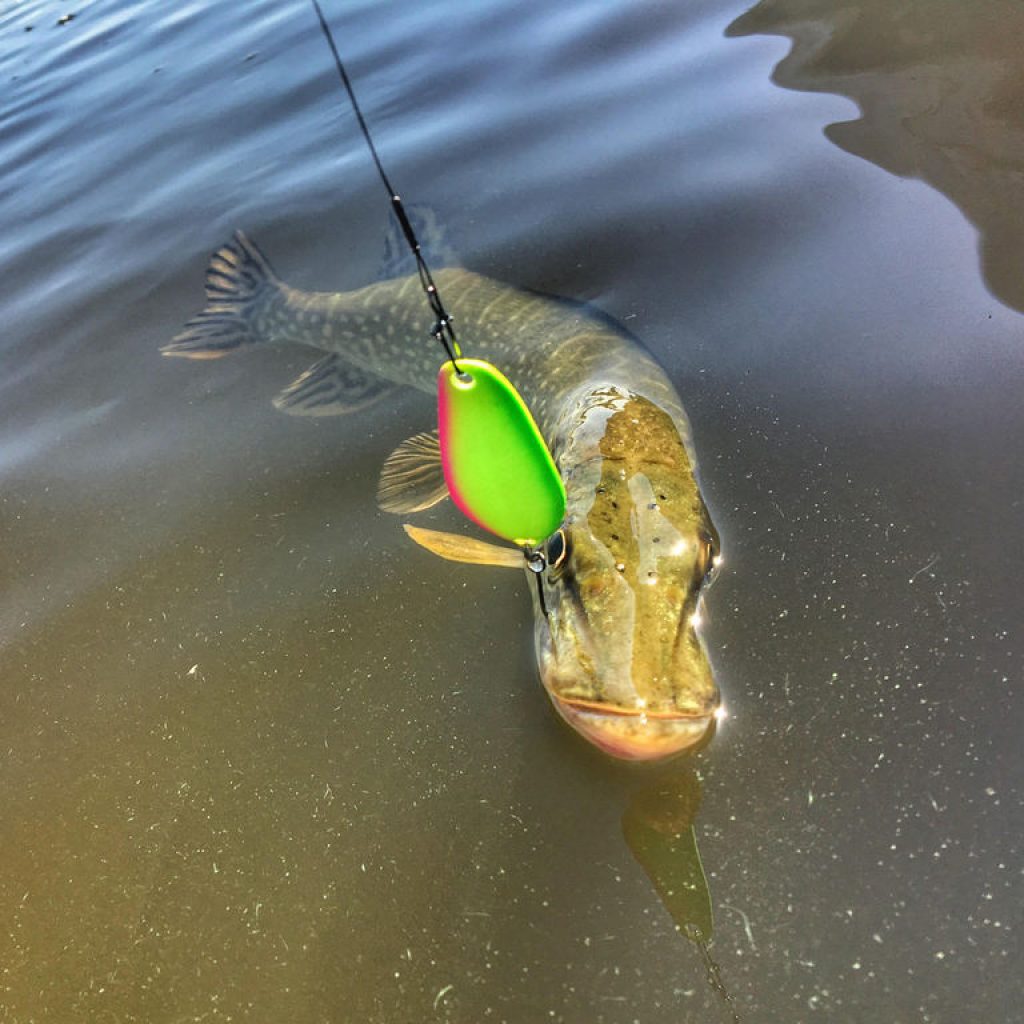 The second case makes me restless, as only this year, having encountered such preferences in fish, I have focused more on spoon jigging. During one of my autumn fishing trips in the dead arm of the river, I had not been able to reach pike for a long time. Only gars were biting along the vegetation, so I decided to move to a deep hole. I found a good drop-off and began to handle it. I used everything I had to fish out, only spoon lures remained. I took the biggest one I had (as I vividly remember, it was 7-gram SV Koketka of a light green colour) and started the experiment.

Sinking to the bottom on pause for a long time, the spoon lure started to attract fish during the very first presentations. And it was after I used my favorite wobblers and plastic lures there. After that fishing trip I began to put more time into pike spoon fishing using stepwise presentation. It seemed to me that special results were achieved with coloured options, including metallic patterns, whether it was a base layer or a primary colour. This fishing technique can be used even in winter. In practice, I confirmed that the spoon lure attracts the predatory fish in open waters not worse than in any warm season. Hence, this is just a myth that metal lures can be used in warm water only. This is due to passive long presentation. Considering its size, the lure sinks to the bottom very slowly, crumbling and reflecting light from its surface. No passive predatory fish can resist such teasing in front of its eyes. 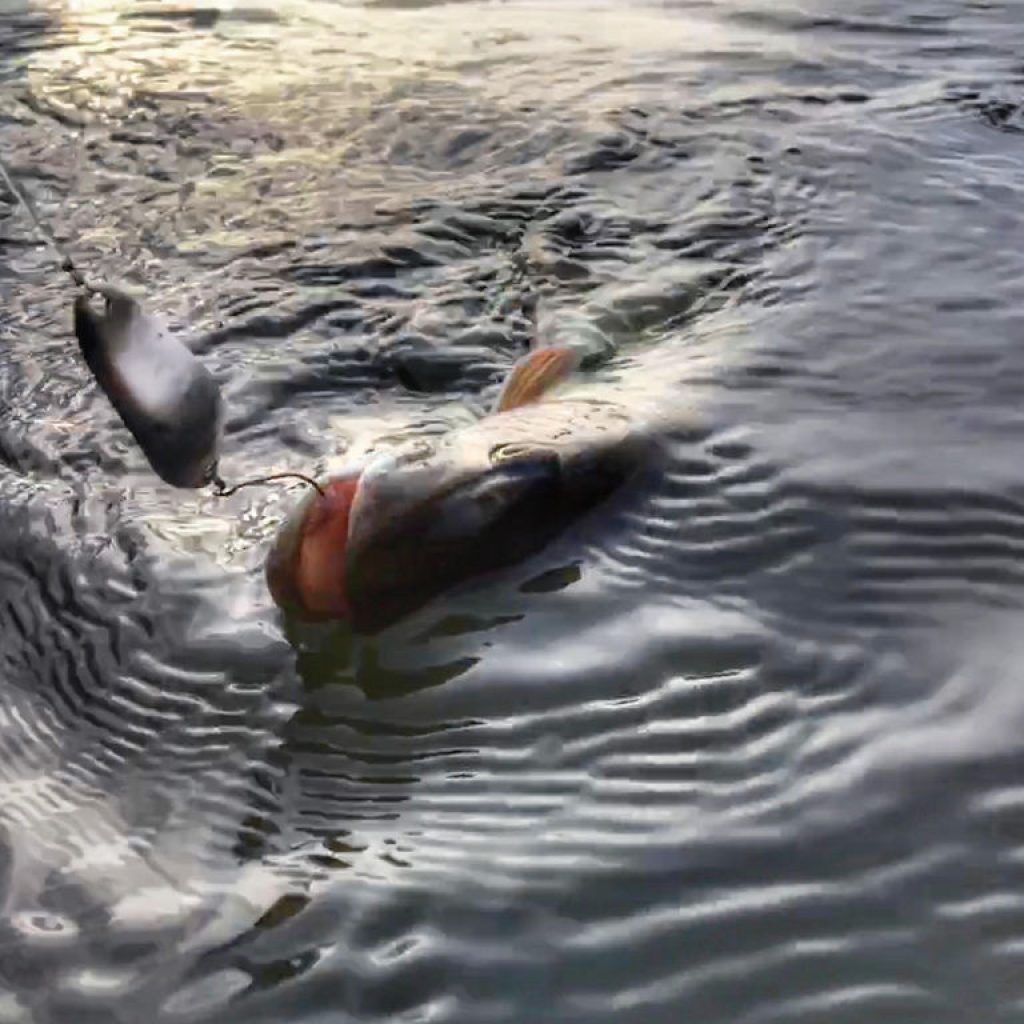 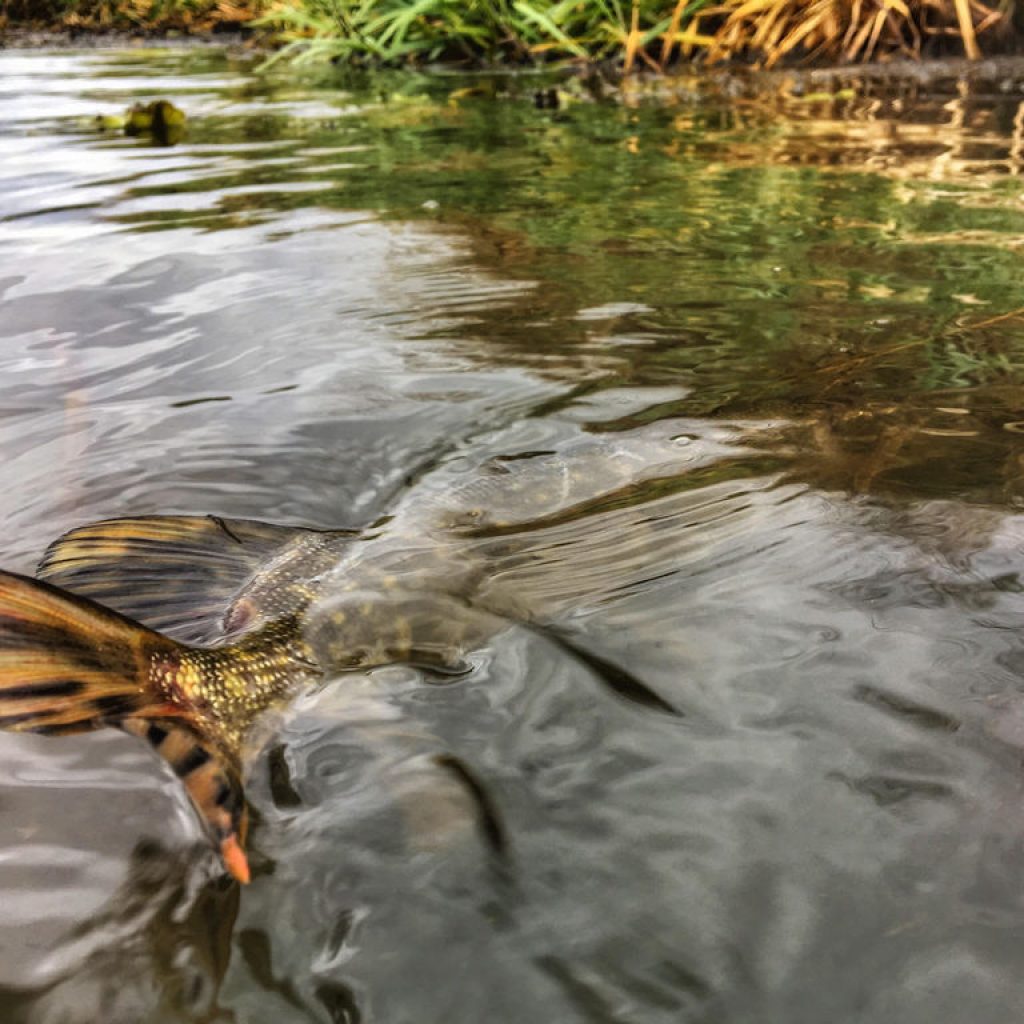 Having described the above periods and techniques used to fish out the water area, in no case do I claim that spoon lures cannot be used to attract fish under different conditions. Correct and good spoon lures can be used for fishing all year round, which I experienced myself with SV Fishing equipment. On an unrelated note, I can say that I even used spoon lures to angle through the ice. Don’t be afraid of anything, either new or old, experiment and you will always have the catch!