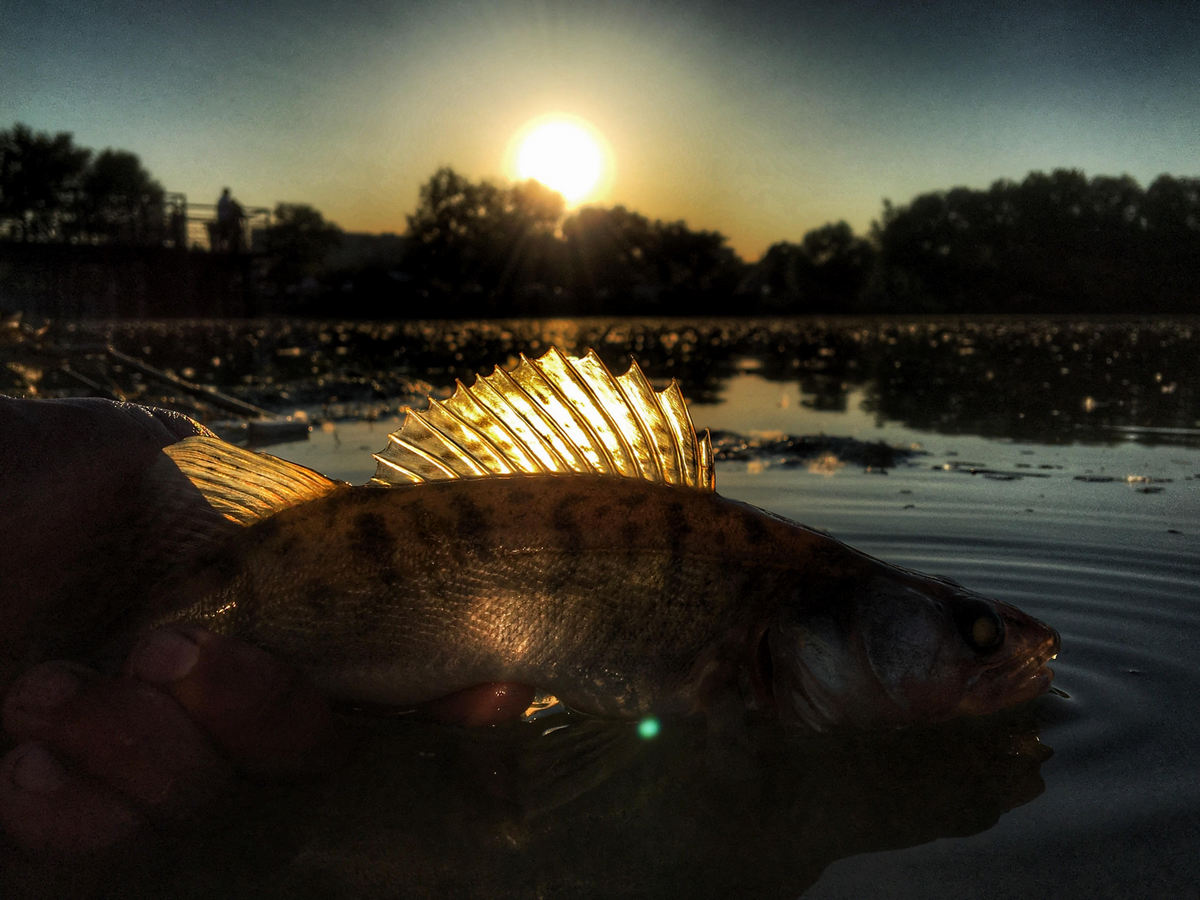 Any fishing with spoon lures!

I have repeatedly noticed that many people do not fully understand the potential of a correct working lure. There are some generally accepted restrictions that are forced upon anglers to maintain the sales of a wide variety of goods. It is commonly known that cranks are used for chub fishing, minnow lures – for pike fishing, spoon lures – for asp fishing and jiggings – for zander fishing. However, if you take a closer look at fish behavior, it becomes clear that some types of lures can meet all the needs, and you should just experiment and adapt to different conditions. Hence, having a wallet with SV Fishing spoon lures, I catch fish that are not usually caught with metal, and some people do not even know that such fish can be attracted with spoon lures. 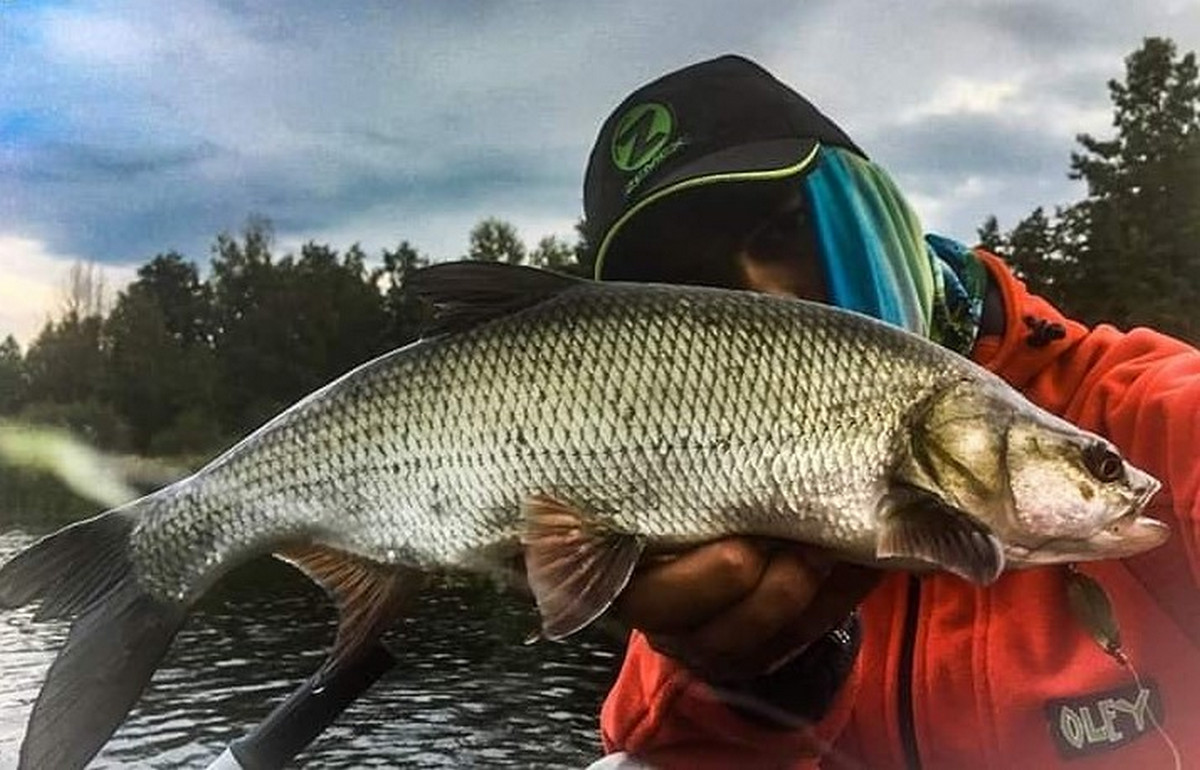 One of the main spoon fans – asp. 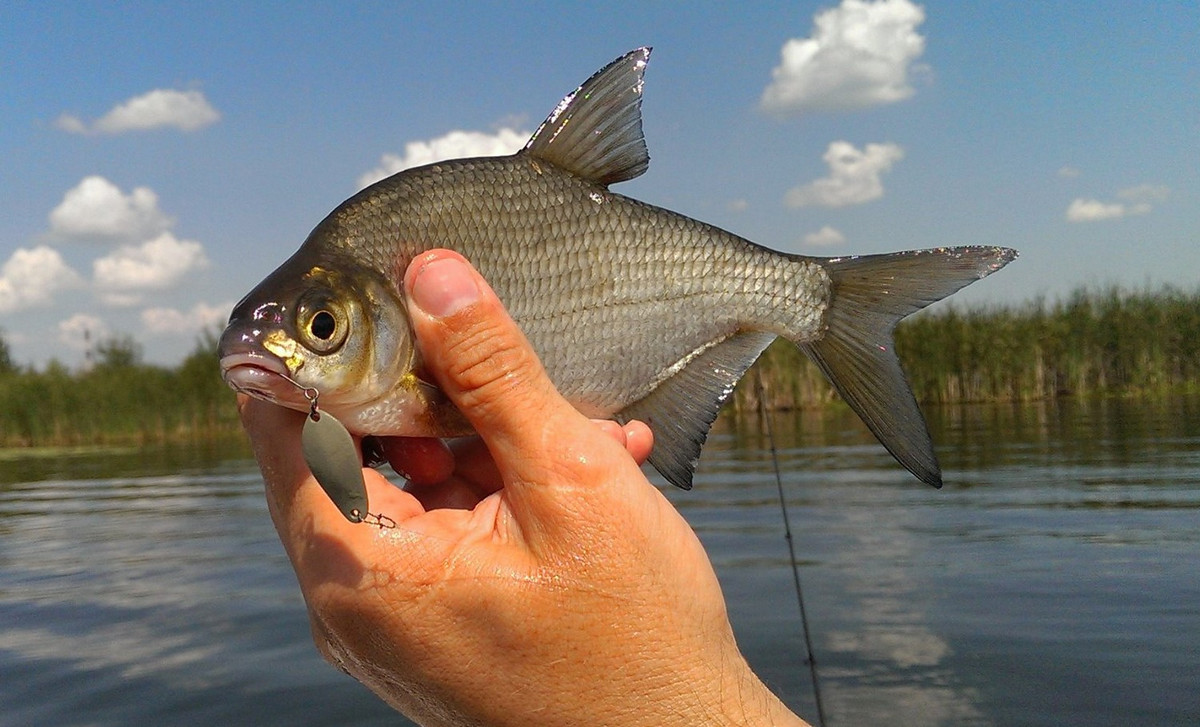 The first example of how the knowledge of lure physics and fish likes helped me to angle non-standard fish using spoon lures goes back to the spring season. During this time lots of zander in the still water basin approach clear water and feed for a long time within a specific water area. 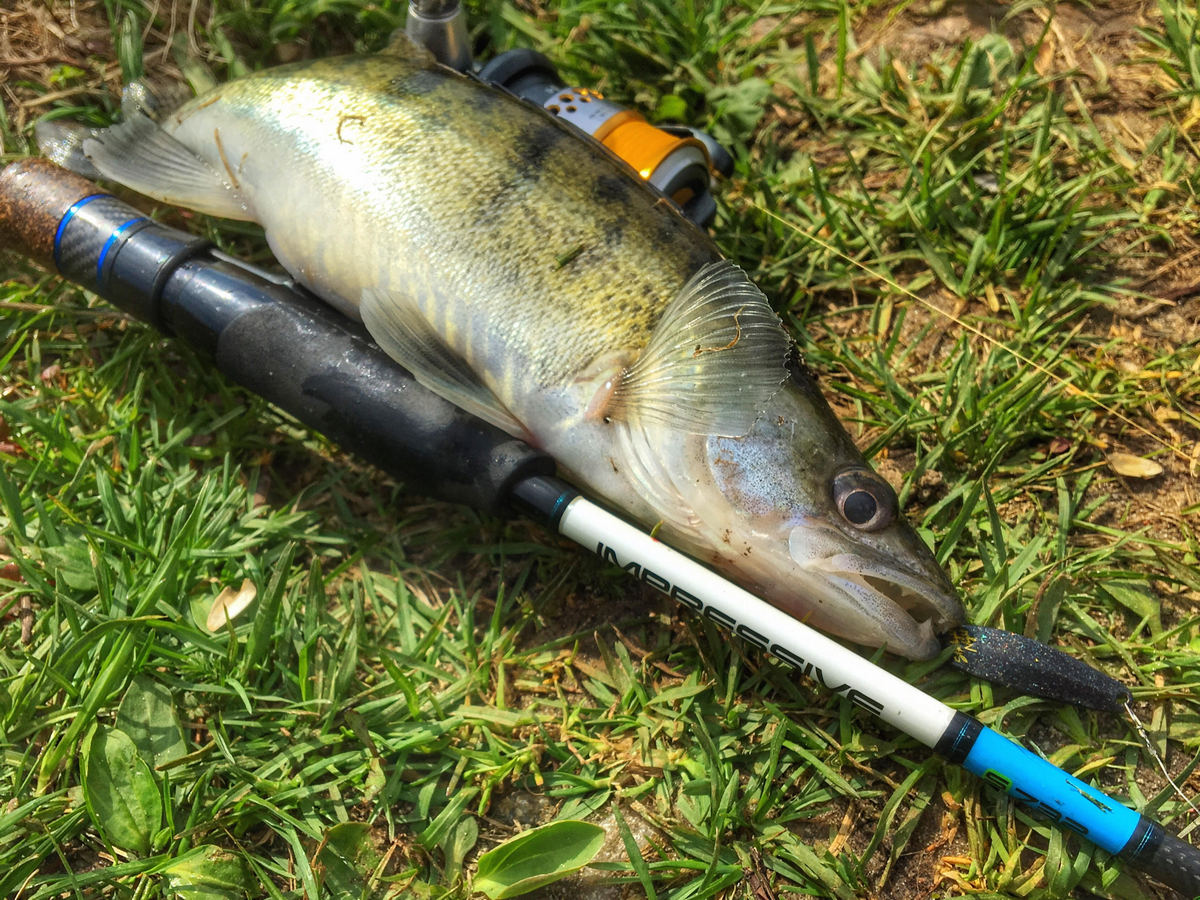 Spring zander bites the spoon even in the daytime.

The fish is not big but especially enjoyable for street fishing with a light spinning rod. Based on the feeding habits of zander, I began to attract them with such long-body lure models as Panic and Flash Line. Having tested these lures for a while, I realized that zander were completely fine with smooth stepwise presentation, consisting of a soft retrieval with several rotations and a pause. 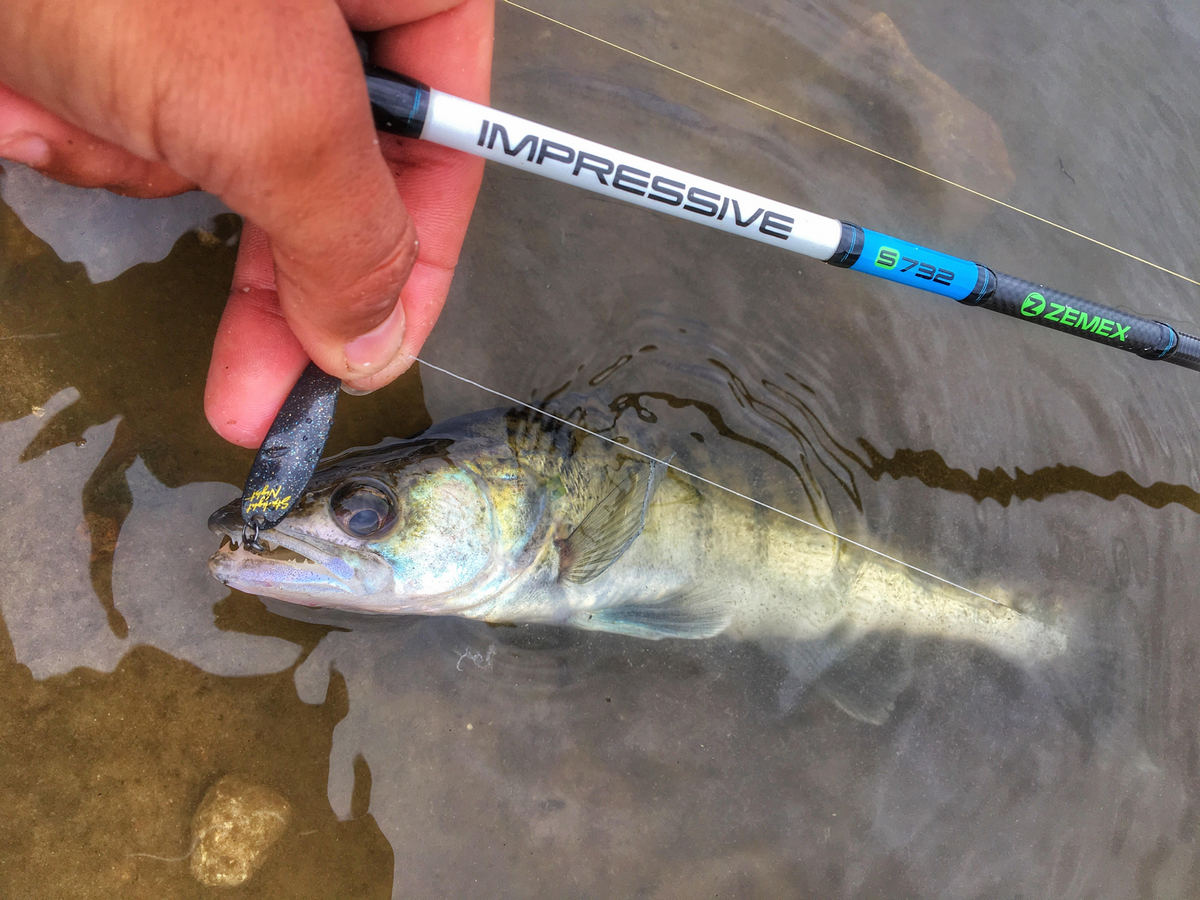 Dark spoon color against the sky is especially visible for zander. 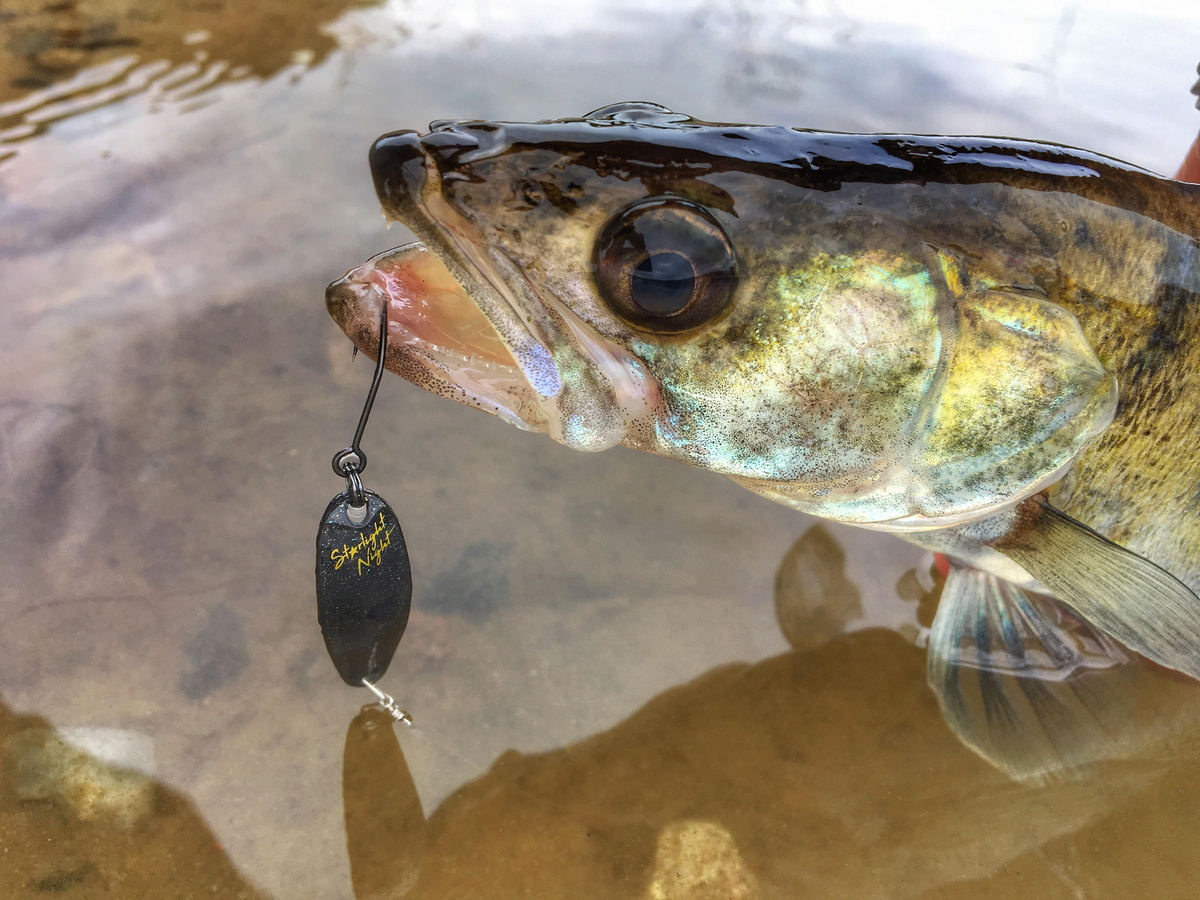 After this testing I decided to check how zander would respond to twitching. Zander liked such presentation of the Metal Twitch 4g spoon lure as well. I can explain it by the fact that zander are rather active in spring, and the active spoon lure presentation was merging with the main food reserve of fingerlings scuttling away from side to side along the coastline. I also noticed that bites were transferred much more vivid than with jiggings! 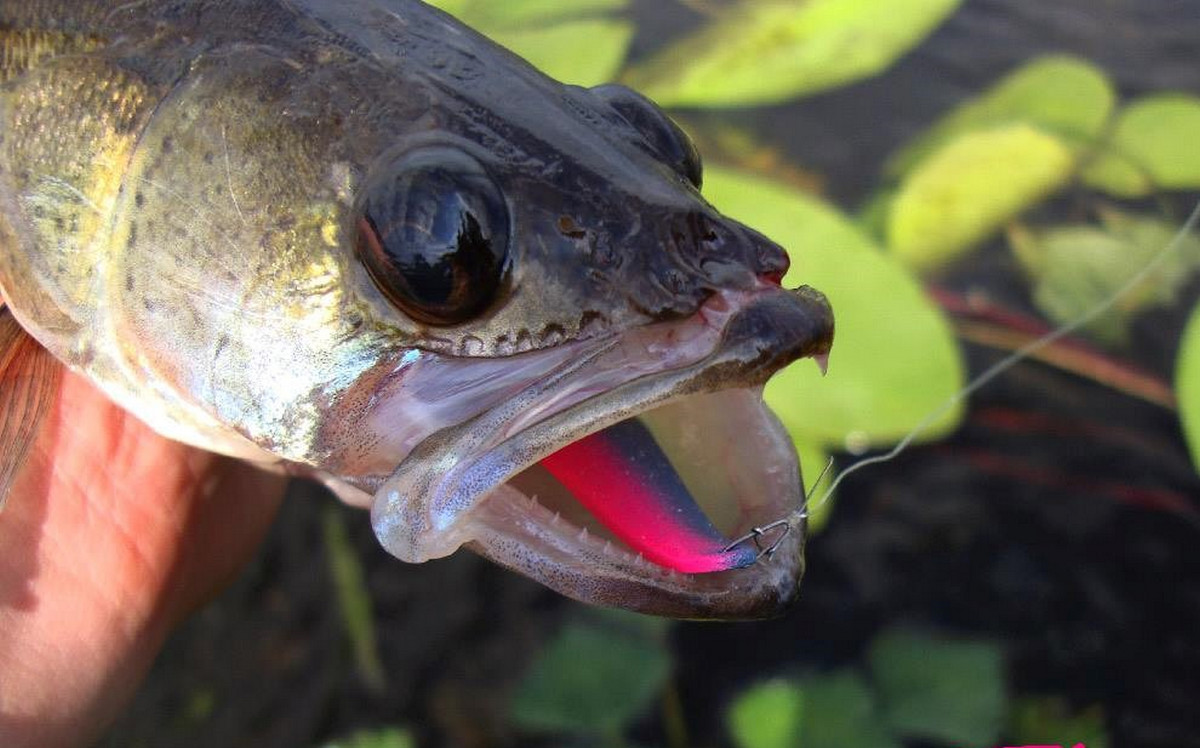 Zander did not refuse the twitching presentation with Metal Twitch spoon.

If the fish enjoy metal lures in winter, you just need to offer them properly to the starving ones in the open water. Spoon lures are great when sinking and during presentation itself and, thus, zander fishing with spoon lures is simple as that. Here you do not need to guess the ratio of load weight, the size of lure, etc. In terms of snag hazards, a single hook of SV Fishing spoon lures is no better and no worse than an open hook of a weight bullet or jig head. However, as the spoon lure has a wide body, it encounters problems with getting stuck in the rocks and similar solid obstacles less often. 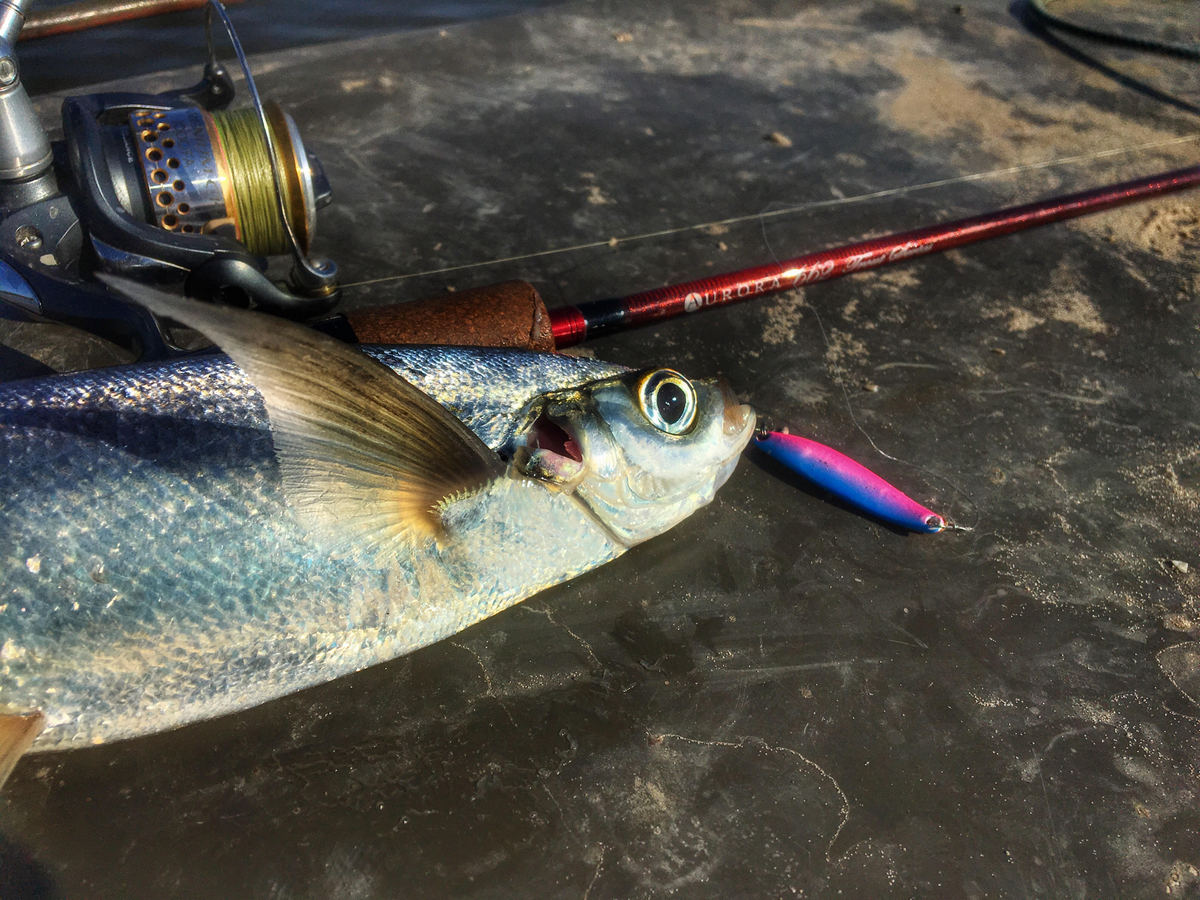 Not the most peaceful sabrefish on SV Fishing spoon.

I decided to catch the second fish, which is rather unusual for angling with a spinning rod, right after sea fishing. I noticed some similarities between sabrefish and the Black Sea horse mackerel and, out of curiosity, started the experiment that I happily repeated over and over again. In general, sabrefish are a schooling fish and rarely stand still. Thus, when something edible floats by, it immediately gets attacked by not very peaceful fish. Having studied the area for a while, I realized that most sabrefish stood above deep holes with bustling water. One can notice the small areas of ‘calm’ water right between these swirls and flows. That’s exactly where you want to hit with a small spoon lure. Koketka again worked wonders there. 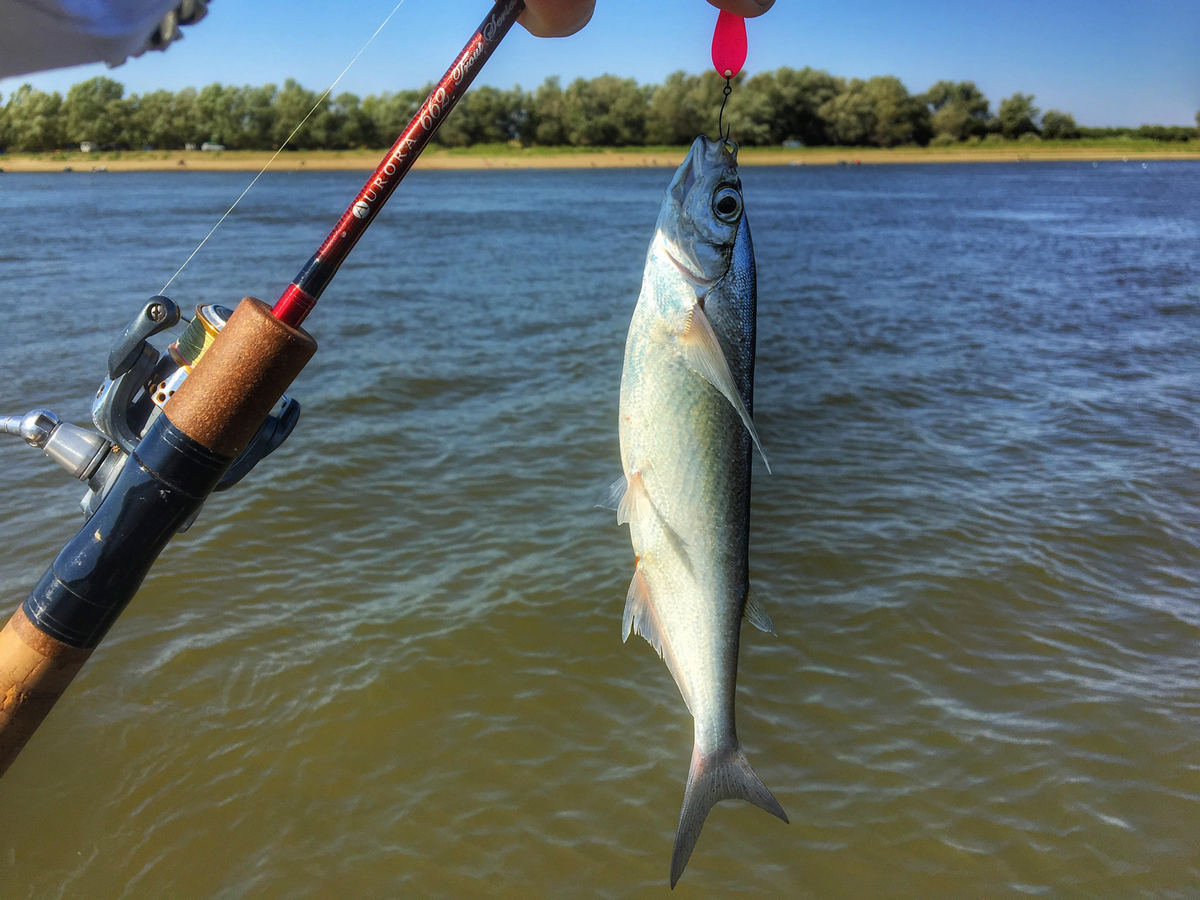 Casting is done perpendicular to the flow, and you need to cross the fishing spot with a very slow presentation. It is also very important to indentify the level where the fish gathered. As the spoon lure is light, it is gradually thrown upwards and, thus, with a very high traction, it is reasonable to cast the spoon lure a little upstream and make a pause. There are many bites during presentation; it is important to notice them on time and strike at the right time. The mouth of the fish is very thin, so it is badly damaged by the hook. I used a trout rod and, thus, the implementation of winged monsters was completely successful. I also tried to use twin assist hooks, which had a special effect in the sea. A half-size hook with some accessories steadily reached the mouth of the fish, but a set of two single hooks did not leave any chance for fish at all. 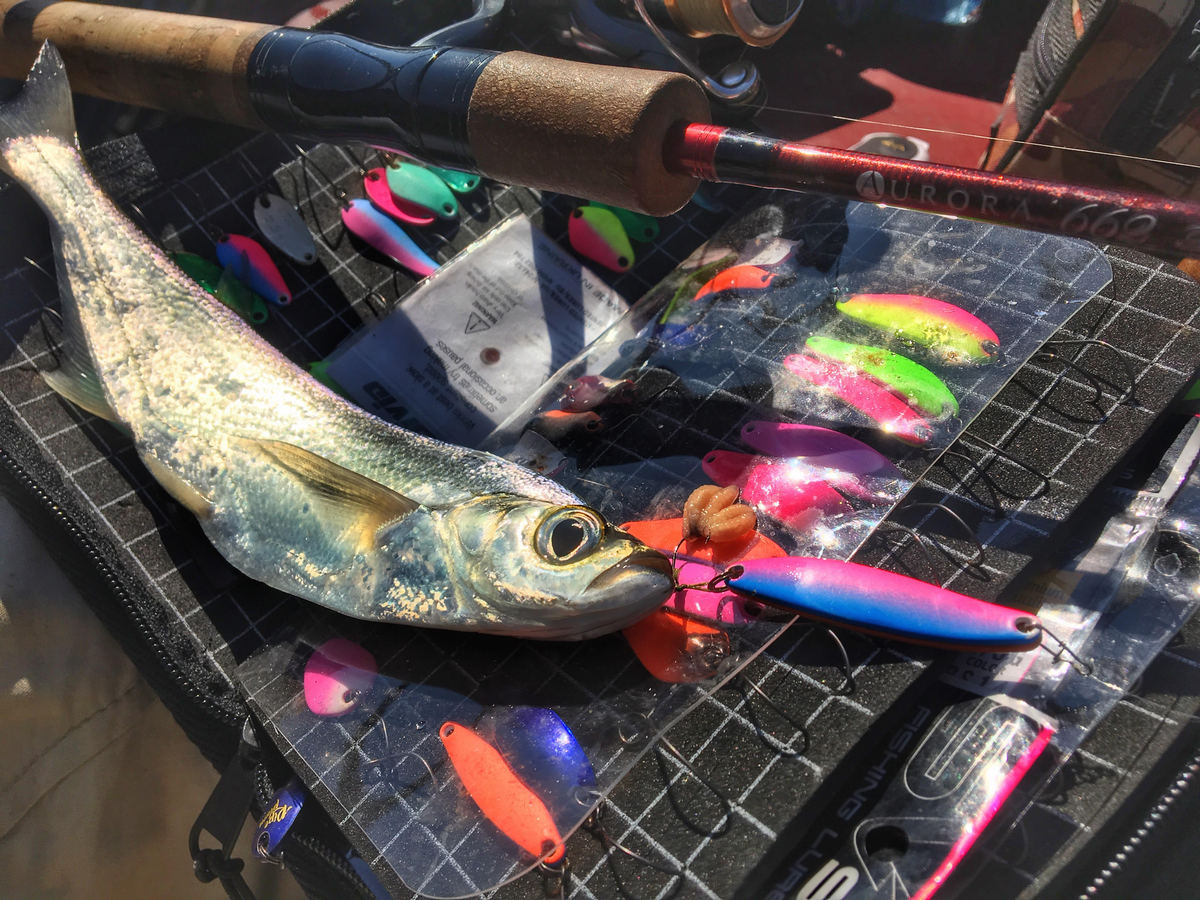 The bites of sabrefish are not strong but come in bursts. However, the playing itself… The way it affects a trout blank on stream… Perhaps, this is the only fishing technique for this fish that really makes sense, brings special feelings and emotions. Give it a try! 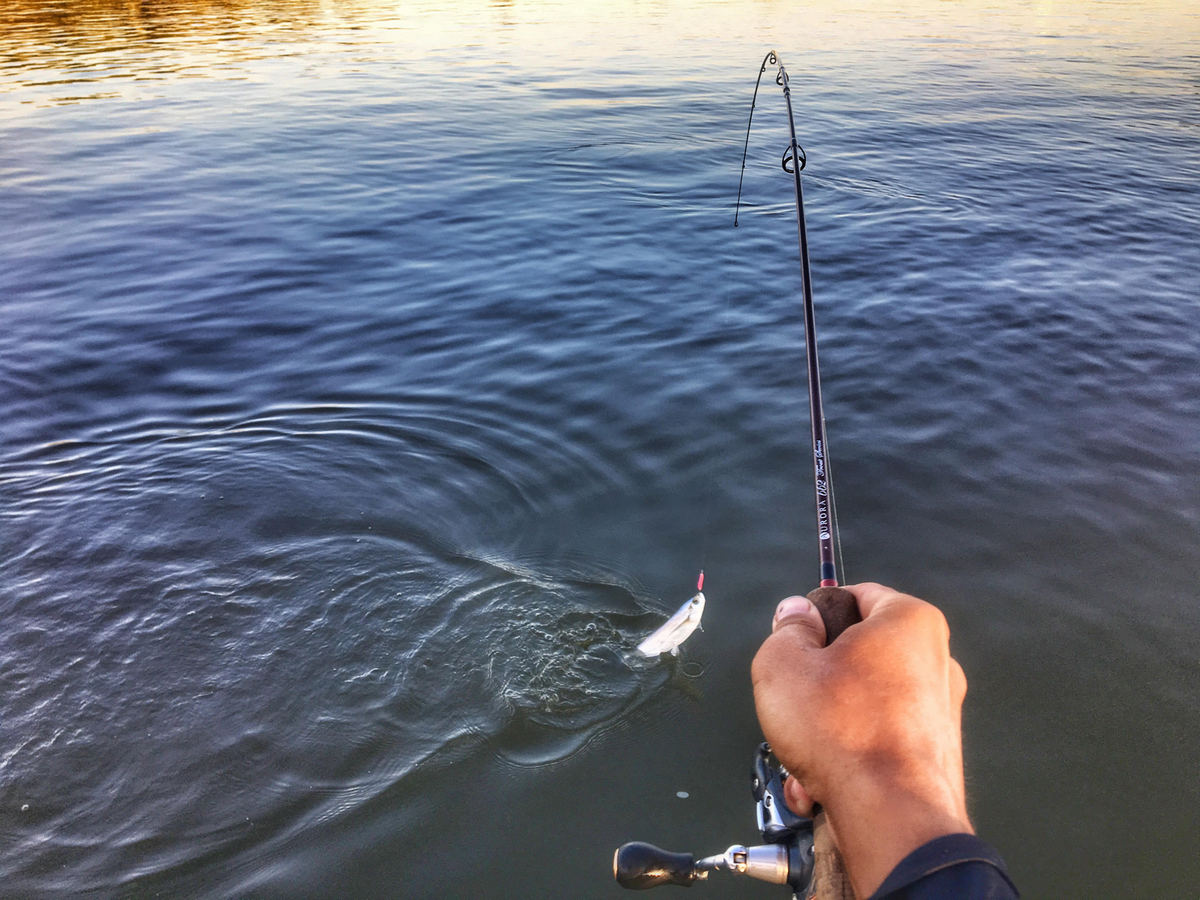 I think these two short examples have put some new idea into your head, and now you will look at simple, trivial spoon lures differently and fill your fishing trips with new discoveries and impressions.